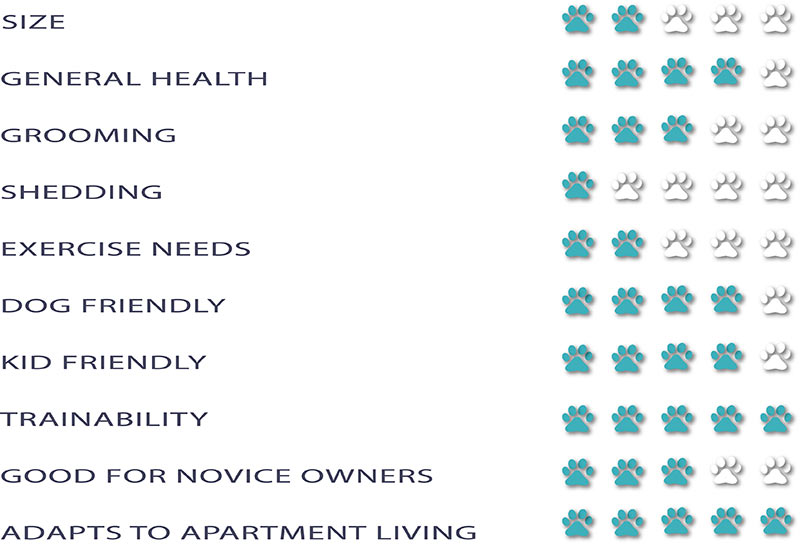 Point noted, there is no such thing as a French Poodle! Specifically, they were bred down from their famous cousin the Standard Poodle. Additionally, this breed is much smaller in size. Hence, they are well proportioned and squarely built. They prance around in an elegant style. In general, the breed was tasked to service and entertain the wealthy across Europe as a companion dog. Initially, this breed was rather rare in the United States. But later, by the 1950’s, they became one of the most beloved breeds around the world.

Otherwise confident, elegant, and strikingly glamorous dogs, they prefer the lap of a lady. These adorable dogs can be seen in many worldwide competitions ruling the ring. Extremely well-loved and treasured, the breed is very popular. That being said, seniors, families, and singles can easily find a place in their home for them.  Find out more about this breed at the American Kennel Club.

The life expectancy of the Miniature Poodle is 13-15 years.

Miniature Poodles range in size from 15-17 pounds, making them mobile companions.  For starters, this is an active, spunky dog who likes plenty of stimulation. That being said, they love to romp and play.  So water play time is a major source of fun for them.  Additionally, they can easily entertain themselves in a well-secured yard area.  Last but not least, these cuties are highly trainable, and are often used as performing dogs and in circuses.

Miniature Poodles are a great choice for allergy sufferers. For one thing, they are naturally hypo-allergenic, and shedding is extremely minimal. Moreover, they have a curly, wavy hair, rather than fur.

With this in mind, it can be a challenge to maintain the “show look”.  Daily brushing while, keeping a short haircut is advisable to lower overall maintenance. Monthly grooming is strongly suggested, by either professionals or at home.

Ultimately, they are a healthy breed overall.  Always contact your vet for more information.

Copyright © 2021
By continuing you are agreeing to our use of cookies.