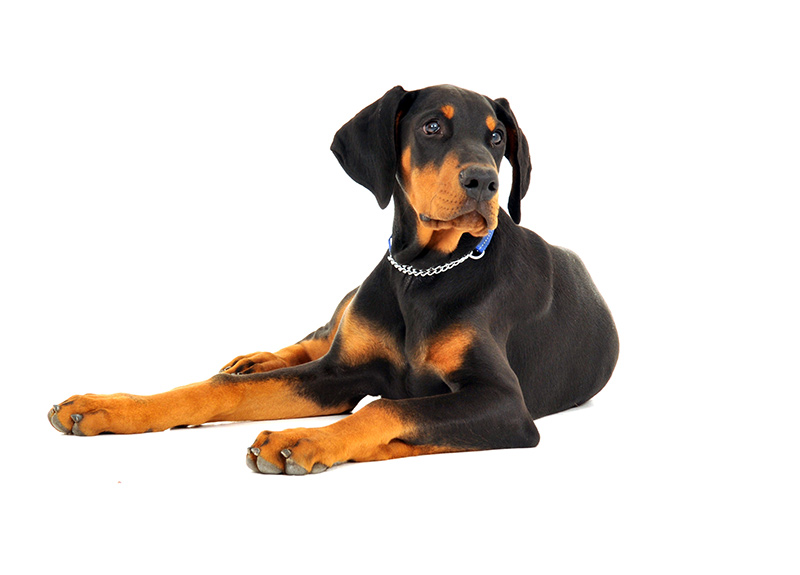 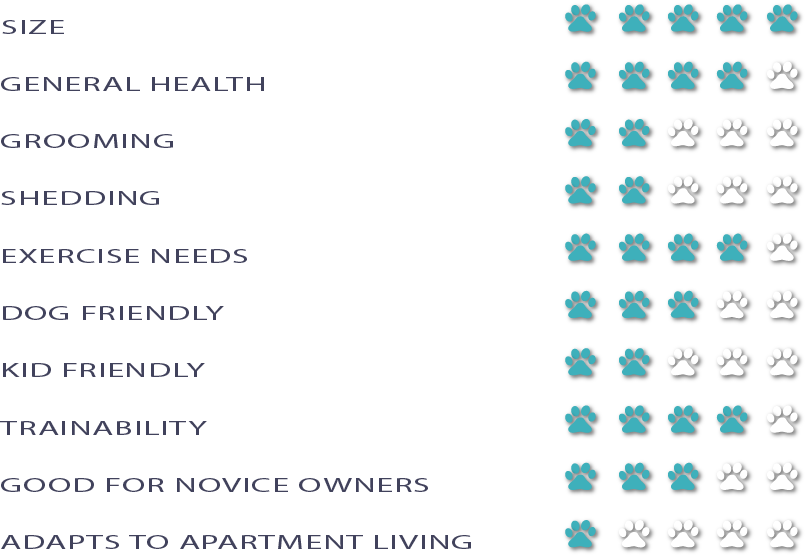 The Doberman Pinscher originated in Germany during the 1860s. This breed is a mixture of many breeds and has an elegant appearance and look intimidating.  Louis Doberman is the breed’s creator, and one of a few to be named after an actual person.

The Doberman was used as a guard dog, sheepherder, vermin eradicator, and gun-dog.

Today, the Doberman is used as military, guard, and police dogs. They also have been used for search-and-rescue, therapy dogs and guide dogs for the blind. This breed served heroically during both World Wars. They are the official combat dog of the United States Marine Corps.

Often called the Dobe and the Dobie, the Doberman Pinscher is a member of the Working Group. These dogs look and are fearless. They are extremely loyal and protective of their family and home. Dobies are alert, energetic, and make excellent watch dogs. This breed does best with older, well-behaved children. They get on with other household pets. The Doberman requires a dominant owner to keep them from being overly aggressive. 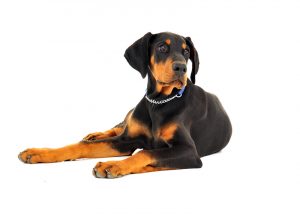 The Doberman Pinscher has a life expectancy of 8-12 years.

The Doberman Pinscher is a medium to large breed. They average 65-100 pounds. Dobies are highly energetic and best suited to a home with lots of room to run. They require daily, extensive exercise and stimulation to avoid destructive behavior.  A securely fenced yard for his safety and for animals and people who might walk by his turf is absolutely necessary.  They enjoy outdoor activity and are happy on walks, runs, hikes or bike rides.

The Doberman Pinscher has a short, sleek, smooth coat. He is low-maintenance when it comes to grooming. They are clean dogs, who do not emit a strong dog odor. Despite their short hair, Doberman Pinschers shed year-round. Brushing the dog at least once per week is sufficient to keep loose hair under control. Bathing every other month will keep him looking sharp.

Copyright © 2022
By continuing you are agreeing to our use of cookies.